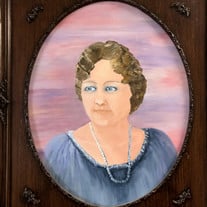 Barbara Louise Karr, 86, of Greeley passed away peacefully October 16, 2020, at Bonell Good Samaritan Community in Greeley, Colorado. She was surrounded by her loving family. Born and raised in Wheatland, WY, September 21, 1934, and was a graduate of Wheatland High School class of 1952. She married Ronald Hartman in 1952, in Wheatland, they eventually settled their family in her grandparents’ hometown of Fort Collins, where they attended the First Baptist Church. Barbara was a devout Christian and dedicated mother, as well as a bookkeeper for Sears retail store, and a local real estate office. Barbara married Lloyd Karr in 1978 at the Evangelical Free Church of Fort Collins, where they attended. Together they managed a senior apartment complex in Loveland, and later retired to Estes Park. When she became a widow, she moved to Greeley to be near family. Barbara enjoyed writing and was a member of a writing club for many years. She also was an avid nature painter. But she was most proud of the portrait she painted of her mother. As a result of losing her eyesight in later years Barbara was a devoted ‘reader’ of historical biographies provided by Colorado Talking Book Library. Barbara is survived by her siblings, Donna Rosalie (B.) Heldt, and M. Donald Brooks; her daughters, Vicki (H.) Schaneman and her spouse Gary, Karen (H.) Kinnel and her spouse Bryan, M. Beth (H.) Teer and her spouse Michael; 3 grandchildren, Cassie Schaneman, Alisha Schaneman, and Nephrateri Logan-Trevino; 5 great grandchildren, Dakota Rodriguez, Alijandro Trevino, Athena Trevino, Elena Trevino, Johnathan Freeman; and 1 great-great grandchild Angel Freeman. Barbara was preceded in death by her mother and father, a brother, Keith Brooks, husband, Lloyd Karr, and 1 granddaughter. In lieu of flowers, memorial gifts can be made in the name of Barbara Karr to Colorado Talking Book Library, 180 Sheridan Blvd, Denver, CO 80226.

Barbara Louise Karr, 86, of Greeley passed away peacefully October 16, 2020, at Bonell Good Samaritan Community in Greeley, Colorado. She was surrounded by her loving family. Born and raised in Wheatland, WY, September 21, 1934, and was a graduate... View Obituary & Service Information

The family of Barbara Louise Karr created this Life Tributes page to make it easy to share your memories.

Send flowers to the Karr family.