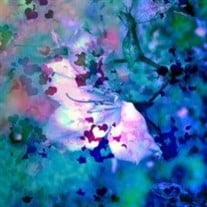 Carolyn “Carol” Sue Birdsell, 75, of Windsor, passed away on Tuesday, June 7, 2022, at her home. She was born August 3, 1946, in Grand Junction, Colorado to Ray & Katherine (Devine) Simmons. After graduation, she attended Mesa Jr. College and the University of Northern Colorado where she received her bachelor's degree. On August 27, 1967, she married Warren C. Birdsell in Grand Junction. They moved to Windsor, Colorado in 1984. Carol was a member of the Church of Christ. Survivors include her husband, Warren Birdsell of Windsor, a son, Chris Birdsell of Lake Elsinore, California, a daughter, Susan Wagner, of Austin, Texas, and a brother, John Simmons of Georgetown, Texas. Carol was preceded in death by her parents, Ray & Katherine Simmons, a sister, Kathleen Waitman, and a brother, Jim Simmons. A private family inurnment will be held at a later date.

The family of Carolyn Sue Birdsell created this Life Tributes page to make it easy to share your memories.

Send flowers to the Birdsell family.