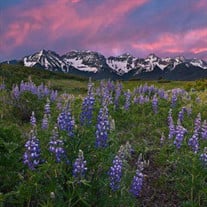 Not sure what to send?

Darlene Gay Cauffman Thomas, 85, resident of Life Care Center, Greeley, CO quietly went to be with the Lord on April 13, 2022, similar to the way she lived her life quiet but meaningful. Over the last few weeks she was blessed by the presence... View Obituary & Service Information

The family of Darlene Gay Cauffman Thomas created this Life Tributes page to make it easy to share your memories.