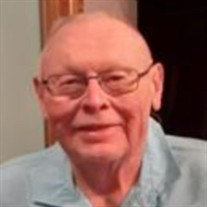 David Gayman, 72, passed away on May 25, 2021 at his home in Greeley, Colorado. Known as Dave to family and friends, Mr. Gayman was born in Gothenburg, Nebraska to Gene and Darlene (VanMeter) on March 8, 1949. Dave spent his childhood years in Cozad, Nebraska. He graduated from Cozad High School in 1967 and attended Kearney State College. In 1970 Dave moved to Sterling, Colorado, working at U Save Supers. In 1975 Dave moved to Greeley where he worked for Safeway, Inc. Dave’s passion in life was traveling on his Honda Goldwings. He owned 33 motorcycles throughout his life, 13 of which were Goldwings. His most memorable trips were rides to Alaska, Canada, Niagara Falls, Nashville TN, and Orlando FL. He survived two major crashes, one when he hit a deer going 65 mph, but never lost his love for the ride. On Mother’s Day in 2009 Dave met the love of his life, Christine Arentz, at Barnes and Noble in the Promenade Shops at Centerra. They had coffee while Christine’s sons played and Dave invited her for a motorcycle ride the next weekend. They were married on November 11, 2011. Dave and Christine enjoyed sharing their lives, raising their pets, going to cat shows, and traveling. Dave is survived by his wife, Christine Gayman of Greeley, his son Scott Gayman (Sherrie) and granddaughter Morgan of Greeley, his daughter Stephanie Campbell (Nathan) and two grandsons, Corbin and Caden Campbell of Greeley, his stepsons Skyler and Hunter Johnson of Loveland, his brother Doug Gayman (Jayne) of Prosperity SC, and his brother Dennis Gayman (Pat) of Chandler AZ and relatives on both sides of the family. He was preceded in death by his parents, Gene and Darlene Gayman. An online obituary and guest book are available at www.moserfuneralservice.com.

David Gayman, 72, passed away on May 25, 2021 at his home in Greeley, Colorado. Known as Dave to family and friends, Mr. Gayman was born in Gothenburg, Nebraska to Gene and Darlene (VanMeter) on March 8, 1949. Dave spent his childhood years... View Obituary & Service Information

The family of David Lee Gayman created this Life Tributes page to make it easy to share your memories.

Send flowers to the Gayman family.