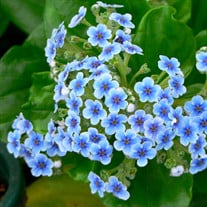 Marie Wickland was born to James R. and Minnie (Wood) Dunkin in Moorefield, Nebraska, grew up and graduated high school in North Platte in 1935, taking post-graduate classes in education. She worked for Fox Intermountain Theaters and Northwestern Bell Telephone until she met and married Gordon L. Wickland in 1941 in Omaha. During the war years she worked in detonation and explosives production at the Mead Ordnance Plant where Gordon was superintendent of transportation. The couple lived in Fremont where their son James was born and after the war returned to North Platte. In 1947, Gordon purchased the Chrysler-Plymouth dealership, Wickland Motors, and they came to Greeley where their daughter, Linda was born and where Marie spent the rest of her life in excellent health until her 98th year making a home for her family and enjoying bowling, golf, bridge, travel and membership in various charitable organizations. She was preceded in death by her parents, husband, one sister, one brother and two infant sisters. In addition to her children, she is survived by two grand-daughters, Tracey Bergum and Abby Reimer, three great-grandchildren, one sister, Dorothy Keeney of North Platte, one cousin, Lois Pearl Hawkins of Cheyenne, several nieces and nephews and one special friend, Ava Evans of Denver. Memorials may be made to the Order of the Eastern Stare, Garden City Chapter #3 or a charity of choice. Our family wishes to express our deep appreciation for the loving care given Marie by the staff of Tru Hospice of Northern Colorado, especially Kathy, Dion, Tarrah, Donna, Kim and Niria. A graveside service will be held at Sunset Memorial Gardens on Tuesday, May 29, 2018 at 11:30 a.m.

The family of Eleanor Marie Wickland created this Life Tributes page to make it easy to share your memories.

Send flowers to the Wickland family.