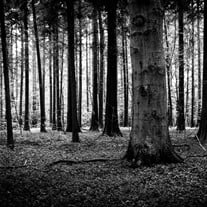 Ernest “Ernie” Homer Burgeson, age 89, passed away peacefully on May 30, 2018 at the home of Larry and Kristi Kilpatrick in Greeley, CO. Ernie was born on January 23, 1929 in Boulder, CO to Ernest Birger Burgeson and Mabel Adalyn (Crawford) Burgeson. He grew up and attended high school in Fairplay, CO. Ernie went on to attend and earn his college degree in pharmacy at CU Boulder. After graduation, he joined the U.S. Air Force and served in Texas, Iceland, and California. Upon his honorable discharge from the Air Force, he returned to live in Colorado Springs, CO, where he settled with his family and enjoyed a long career as a pharmacist, retiring at the age of 80. At that time, following the death of his wife Pat, Ernie moved to Greeley to be closer to family. In, 2012, he moved to AZ where he lived with his daughter Christina and son-in-law David. He returned to Greeley last Thanksgiving to live with Larry and Kristi. Ernie was passionate about photography, particularly of nature, flowers, insects, and wildlife. In his spare time, some of the activities he enjoyed over the years were boxing, golf, motorcycle riding, bowling, playing cards, woodworking, gardening, reading, collecting model airplanes as well as stamps and coins, singing in the church choir and watching television. He is survived by his brother Richard Burgeson, son Eric Burgeson of Reykjavik, Iceland; daughter Christina (David) Ammon of Peoria, AZ; daughter Gloria (Kevin) D’Arcy of Firestone, CO; son Larry (Kristi) Kilpatrick of Greeley, CO; daughter Shara (Don) Lewis of Colorado Springs, CO; many grandchildren, great grandchildren, and several great-great grandchild. Ernie is preceded in death by his parents, his wife Patricia Burgeson, brother George Burgeson, son Stephen Kilpatrick, granddaughter Hannah Kilpatrick, daughter-in-law Toni Kilpatrick, great-great-grandson Nathaneal Weimer, and ex-spouse Stefanía Salóme Eiríksdóttir Burgeson. A memorial service to celebrate Ernie's life will be held at 2:00 p.m. on Sunday, July 8, 2018 at the Cornerstone Church, 1321 9th Avenue in Greeley. Graveside services with Military Honors will be held at 11:30 a.m. Monday, July 9, 2018 at Ft. Logan National Cemetery (Staging Area "B") in Denver. In lieu of flowers, donations can be made in Ernie’s honor to Children International, Humane Society, or St. Jude Children’s Research Hospital.

Ernest &#8220;Ernie&#8221; Homer Burgeson, age 89, passed away peacefully on May 30, 2018 at the home of Larry and Kristi Kilpatrick in Greeley, CO. Ernie was born on January 23, 1929 in Boulder, CO to Ernest Birger Burgeson and Mabel Adalyn... View Obituary & Service Information

The family of Ernest Homer Burgeson created this Life Tributes page to make it easy to share your memories.

Send flowers to the Burgeson family.