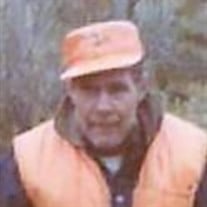 Mr. Harry R. Huff, 94, of Greeley, Co. passed away on April 4, 2022, at his home. He was born on 12/31/1927 in Moravia, Iowa to Van & Florence Huff (Stocker) Bob attended schools throughout Casey & Adair Iowa. On his 18th birthday he registered for the draft for World War II but was never called to duty. On 6/22/1949 he married Ellen A. Thompson in Atlantic, Iowa. They had 6 children before moving to Colorado in 1958. They also raised 2 nephews as their own after his sister became ill and passed away at a young age. Bob worked as a semi-Truck driver, where he went by the CB handle "Colorado Hunter", he also worked at the sugar factory, and attended a technical school in Denver before being diagnosed with Muscular Dystrophy, which limited his ability to work full-time. He & his wife then owned & operated their own daycare center in Greeley for 25 years. They would celebrate 55 years of marriage before her passing in 2004. Bob was an avid hunter & fisherman who shared his knowledge & tricks with all his sons & friends. He enjoyed taking his kids/grandkids on camping trips to the mountains, & four wheeling in his International Scout. He was a proud supporter of Jerry's Kids & never missed the yearly telethons for Muscular Dystrophy. He was a lifelong member of the NRA & taught his entire family about the importance of gun safety & responsibility. Bob was a big Denver Broncos fan & always made time to watch the games with family & friends. He was a huge animal lover & had many beloved pets throughout his life. Friends & neighbors knew they could stop by his home for a cup of Hot coffee any time of the day. Mr. Huff was a strong, Stubborn & fiercely independent man who out lived 7 of his 8 children, and defied every doctor's medical diagnosis, surpassing his given life expectancy by over 25 years. He is survived by his son, Timmothy J. Huff, daughter in-laws Brenda, & Donna Huff, sister in-law Sue Hansen, all of Greeley, Co. Brother Ed Schwabe of Mount Pleasant, S.C., Grandchildren Tammy, Bobby, Jennifer, Chris, Robbie, Shawn, Krystal, Kami, Dylan, Amelia, Avery all of Co., Dawn of Tx, David of Fl, Jerry & Nichole of Ca. 32 Great grandchildren & several great great grandchildren. He is proceeded in death by his parents Van & Florence Huff, his wife Ellen Huff, daughters Deana Burman & Michelle Huff, sons Harry, Dana, Kermit Huff, Mike & Ted Sieh, sisters Bonnie May, Phyllis (Joy) Clark, Jeanne Schwabe, son in-law Chuck Burman, brother in-laws Joe, Dick & Jim Coldiron, sister in-law Pat Donnelly, and grandsons Robert M Pendry, Jason, Harry Jr., Scott Huff, David & Doug Burman. Graveside services in Eaton, Co, on April 15th, 2022 @ 1:30 pm.

The family of Harry Robert Huff created this Life Tributes page to make it easy to share your memories.

Send flowers to the Huff family.