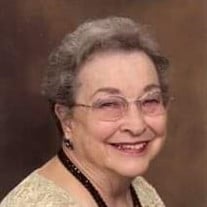 Helen Jeannine Howe, 91, of Greeley, CO and formerly of Hallock, MN, passed away Thursday, February 6, 2020 at Bonell Good Samaritan Community in Greeley. Helen was born on December 22, 1928 in Sigourney, Iowa to Charles O. and Helen E. (Dupuis) Dalbey. She grew up and received her education in Sigourney, graduating in 1946. Helen was united in marriage to Leonard R. Howe on December 27, 1948 at St. Mary’s Catholic Church in Sigourney. They made their home in Harper, Iowa before moving to Fairfield, Iowa. The family then moved to Humbolt, MN and finally Hallock, MN. She resided in Hallock until 2008 when she moved to Greeley, CO. Helen enjoyed golfing, sewing and socializing after church. She was a past member of St. Patrick’s Catholic Church in Hallock. She is survived by her children, Joe Howe of Gardner, KS, Janis Bowman of Greeley, CO, and Charles Howe of Imperial, CA; eight grandchildren; eight great-grandchildren; sister, Mary Strathearn of Dayton, OH; and many nieces and nephews. She was preceded in death by her husband, Leonard in 1982 and a daughter, Paula Hanson in 2011. Memorial services will be held at 1:30 p.m., Monday, February 10, 2020 at The Moser Funeral Service Chapel in Evans, CO. Inurnment will be in the Greenwood Cemetery in Hallock, MN at a later date.

The family of Helen Jeannine Howe created this Life Tributes page to make it easy to share your memories.

Helen Jeannine Howe, 91, of Greeley, CO and formerly of Hallock,...

Send flowers to the Howe family.