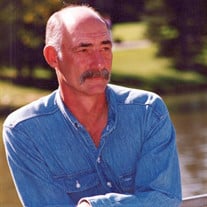 James Fred Ambrose 71 of Galeton-Eaton-Gill, Colorado passed away June 25, 2020 at his sister’s home in Eaton, Colorado. He was born September 25,1948 in Greeley, Colorado to Fred Woodrow and Eleanor Dorrit (Green) Ambrose. Jim grew up on the Ambrose family farm homestead in Galeton. He then moved to Eaton when the family farm was sold. He attended grade school in Gill, Jr.-Sr. High in Galeton and finished High School in Eaton. He was active in sports- managing for the Galeton Boys’ Basketball Team in 1961 when they went to the state championships. He was a member of the 1963 Galeton and 1964 Eaton State champion basketball teams. He was also a four-sport lettered athlete representing Eaton. Later he went on to attend CSU and graduated with an AA degree, in the very first class to graduate from Aims Community College. He began working at UNC after graduation. He retired from UNC as Chief Computer Operator after 34 years. After retiring, he went on to drive trucks and faming equipment for many of his friends during harvest season. In 1996, he married Karen Lynn Merrill. His interests included the restoration of his 56 Chevy Belair, motorcycles, golfing, fishing, and his pets. By helping friends farm, he never lost his love for the country/farm life. He is survived by his daughter, Megan Paula Adams and her four children of Reno Nevada, a sister, Sue Ambrose of Eaton Colorado, his nieces, Tamara (Jeff) Raeff and their three children of Amarillo, Texas, Jodie (Johnny) Tuxhorn and their two daughters of Loveland, Colorado, and Barbara (Mike) Lening and their two sons and wives, and a great great niece of Pueblo West, Colorado. He is proceeded in death by his wife, Karen, his parents, Fred and Eleanor Ambrose, both sets of grandparents, a special uncle, Ernest, along with numerous other aunts, uncles and cousins. Family requests memorials made to the Kersey Community Church Building Fund or to Halcyon Hospice and Palliative Care. Graveside services will be 9:30 a.m. on July 11, 2020 at the Eaton Cemetery in Eaton. A Celebration of Jim’s Life will follow at 11:00 a.m. at the Kersey Community Church, 201 SE 1st St, in Kersey.

The family of James F. Ambrose created this Life Tributes page to make it easy to share your memories.

Send flowers to the Ambrose family.