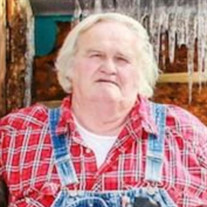 James “Jim” Michael Richardson, 70 of Gill, Colorado, passed away Thursday November 19, 2020. Jim was born December 23, 1949 in Prairie Hill, Missouri to Russell and Frances Richardson. He moved with his family to Colorado and graduated from Adams City High School in 1968. In 1968 Jim proudly enlisted in the United States Navy and later served on the USS Coral Sea, where he completed 4 years of service. He had a story for all ears from his time in the military which we still appreciate or laugh about even after he has gone. Besides spending time with family, Jim spent his time working on someone’s problem, as he worked as a Diesel Mechanic for 47 years. He was passionate about mechanics and was an inspiration and mentor to many, Jim was happily married to Deborah Douglas who was his partner in life for 45 years. Jim was preceded in death by his parents Russel and Frances Richardson, Grandparents, aunts, uncles and his brothers Richard and Jerry Richardson. Jim is survived by his wife Deborah, Son James “Jimmy” (Crystal) Richardson of LaSalle, CO, Daughter Rebecca “Becky” Richardson of Gill, CO, Grandchildren Tieler, Hailey and Sydnee Richardson of LaSalle, CO, Brothers Bill Richardson of Prairie Hill, MO, Jack (Jacki) Richardson of Greeley, CO, Ronald (Ruby) Richardson of Greeley, CO, nieces and nephews. Viewing will be held Friday, November 27, 2020 4:00-7:00 p.m. at Moser Funeral & Cremation Service, Evans, CO, Funeral Service Saturday, November 28, 2020 10:00 a.m. at Moser Funeral & Cremation Service, Evans, CO. In lieu of flowers, memorial contributions may be made in Jim’s name to Rocky Mountain Honor Flight, in care of Moser Funeral & Cremation Service, 3501 S. 11th Ave., Evans, CO 80620.

James &#8220;Jim&#8221; Michael Richardson, 70 of Gill, Colorado, passed away Thursday November 19, 2020. Jim was born December 23, 1949 in Prairie Hill, Missouri to Russell and Frances Richardson. He moved with his family to Colorado and... View Obituary & Service Information

The family of James M. Richardson created this Life Tributes page to make it easy to share your memories.

Send flowers to the Richardson family.