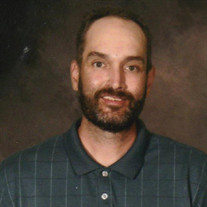 Jonathan “Jon” Thomas Lorance of Greeley Colorado passed away Friday, September 18, 2020. Jon was born on May 15, 1979, in Greeley Colorado to Douglas Lorance & Sharon Thomas Loose. He was a very inquisitive and happy baby. On his first birthday, Jon was given a chocolate cake which he preceded to cover himself in. As a child he was rarely seen without a ball in his hand. He could make people laugh, and his smile was infectious. Jon developed a love for art at an extremely young age, and his brothers remember getting marker tattoos on their backs that would keep them laughing for hours. Jon was very adamant on playing football and becoming a quarterback until he realized he would be tackled. This is when his love for baseball and basketball started. He played for the all-star team and was an outstanding pitcher. The list of memories includes his sisters singing Frere Jacques, his first job at McDonalds, wrestling and the true big brother DDTs, strawberry worms, catching crawdads and his love for the mountains to which he referred to as “my mountains”. As an adult Jon worked as a heavy equipment service technician. Jon has four amazing boys whom he loved to share his passion for art and sports. He enjoyed doing many things with his boys, but outside activities were what they liked best. Jon is survived by his sons Kaden Mikell (14), Jonathan Conner (10), Declan Ross (8) and Mickey Ardan (5); his father Doug (Elaine) Lorance; his mother Sharon (Ray) Loose; siblings Kevin (Nicole) Black, Daniel (Amanda) Black, Ray (Katie) Loose, Laura (Cory) Loose and Allison Bailey Loose; grandmother Winona (Lyonel) Lorance Kinnison; grandfather Bob Clift; uncle Mark (Jackie) Thomas; aunts Connie Lorance and Anita (Mike) Harris; and numerus cousins, nieces and nephews. Jon was preceded in death by his grandparents James Elmer Thomas, John “Jay” Hardman Lorance and Melvina Thomas Clift. A graveside service will be held at 11:00 am on Thursday, September 24, 2020, at Linn Grove Cemetery, 1700 Cedar Ave Greeley, CO An online guestbook and obituary available at www.moserfuneralservice.com.

Jonathan &#8220;Jon&#8221; Thomas Lorance of Greeley Colorado passed away Friday, September 18, 2020. Jon was born on May 15, 1979, in Greeley Colorado to Douglas Lorance & Sharon Thomas Loose. He was a very inquisitive and happy baby. On... View Obituary & Service Information

The family of Jonathan Thomas Lorance created this Life Tributes page to make it easy to share your memories.

Send flowers to the Lorance family.