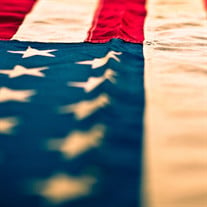 Larry Laws, 75, of Greeley passed away on Wednesday, August 16, 2017 at North Colorado Medical Center. He was born November 2, 1941 to Johnnie & Ruth (Ginther) Laws in Greeley, Colorado. After graduating high school, Larry joined the U.S. Navy. Once he was discharged, he then attended barber school. He worked as a barber in Greeley for over 50 years. On August 23, 1993, he married Carmen Meireis and they resided in Greeley. He was an avid hunter and fisherman and enjoyed spending time doing both. He had a special love for his three dogs. Larry is survived by his wife, Carmen Laws, of Greeley, his brother, Glen (Diana) Laws of Greeley, sisters, Connie (Mike) Smith of Greeley, and Frances (Chet) Teeters of Salinas, California, and numerous nieces and nephews. He was preceded in death by his parents, Johnnie & Ruth Laws and a brother, Donald Laws. No services are scheduled at this time. Memorial gifts may be made to the Weld County Humane Society in care of Moser Funeral Service, 3501 S. 11th Avenue, Evans, CO 80620. An online guestbook and obituary are available at www.moserfuneralservice.com.

The family of Larry Laws created this Life Tributes page to make it easy to share your memories.

Send flowers to the Laws family.