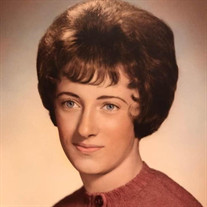 Mary Linda “Lynn” Schrichte, 75, of Greeley, Colorado, passed away on Tuesday, September 21, 2021. She was born on September 11, 1946, in Davenport, Nebraska to Robert & Mary Beth (Tagler) Slie. She is survived by her son, Matthew (Janie) Voris of Eaton, CO, her daughter, Michele Voris of Greeley, CO, grandchildren; Nathan (Lakyn) Reinert of Firestone, CO, Megan (Rob) Voris of Post Falls, ID, Morgan (Juan) Voris of Eaton, CO, and Danele Reynolds of Greeley, CO, 3 brothers, Bob (Anita) Slie of Spring, TX, Richard Slie of Napa, CA, Larry Slie of Cathedral City, CA, 7 nephews and nieces and their families, and many special cousins and friends. Mary Linda graduated from Scottsbluff, NE, Senior High in 1964. She attended the University of Nebraska, Hiram Scott College and graduated from Chadron State College with a B.S. & M.S. in Secondary Education. She taught in the Bayard & Scottsbluff, NE Public Schools and at Western Nebraska Community College. She spent the second half of her working career as a Senior Buyer for several world-wide electronics companies, working in Colorado, California, and Guadalajara, Mexico. During her retirement, she enjoyed painting in oils, playing cards, volunteering, and was a member of the Greeley Senior center and Cornerstone Community Church. Mary Linda was preceded in death by her grandparents, her parents, and husbands, Leon Halstead and Paul Schrichte and a granddaughter, Natasha Jo Reinert. A Celebration of Life will be held at a later date. An online guestbook and obituary are available at www.moserfuneralservice.com.

The family of Mary Linda Schrichte created this Life Tributes page to make it easy to share your memories.

Send flowers to the Schrichte family.