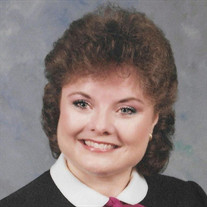 On December 17, 2017 Patti Neet went to meet the Lord, at age 69. She was born in Greeley on October 13, 1948. After going through Greeley schools, she graduated from from Greeley Central in 1966. While attending Greeley Central, she was active in choirs and band. She was a cheerleader, the Willy Wildcat mascot and Drum Majorette for the marching band. After graduation, she attended Pasadena College (currently Point Loma Nazarene University). She earned her Bachelor’s Degree in Music Education in 1972. While at Pasadena College she was active as a cheerleader and in music performance. During her summers, she traveled with students from other Nazarene colleges on Student Mission Corps. Her assignments included Guyana, Peru, Nicaragua and the Caribbean. While in Pasadena, she was a finalist for the Tournament of Roses Queen’s Court. After graduation, she taught music in elementary schools in the Kansas City area. While there, she earned a Master’s Degree in Television Production from University of Missouri, KC. With her television training, she was invited to sing on local stations of the Trinity Broadcasting Network. She was associate producer of a concert in Israel with over 10,000 Jews and Christians in attendance. During this time, to utilize her musical talents, she started Joy Productions. This allowed her to bring multi-media presentations to enhance her musical talents. After many years in Kansas City, she returned to Point Loma Nazarene University as a staff member. She was responsible for scheduling and coordinating the many musical groups that the university sends to churches and communities throughout the year. She returned to Greeley in the 1990’s. She taught in elementary, middle and junior high schools in Greeley and Fort Collins. Always heavily involved in church activities, she truly desired to be a servant of the Lord. She had a passion for sharing the gospel with people. She is preceded in death by her parents, Dick and Louise Neet. She is survived by her brother, Ken (Pam) Neet, nephew Jeff (DawnMarie) Neet and niece Sara (Adam) Hoppe. A memorial service will be 11:00 Saturday, January 20, 2018 at First Church of the Nazarene, 2515 W. 16th Street in Greeley. Donations may be made to First Church of the Nazarene in her honor.

On December 17, 2017 Patti Neet went to meet the Lord, at age 69. She was born in Greeley on October 13, 1948. After going through Greeley schools, she graduated from from Greeley Central in 1966. While attending Greeley Central, she was... View Obituary & Service Information

The family of Patricia Kay Neet created this Life Tributes page to make it easy to share your memories.

Send flowers to the Neet family.