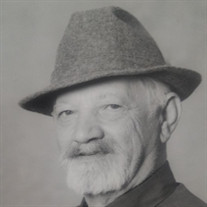 Apostolos K. “Paul” Lepeniotis, 84 of Greeley, passed away on Monday, February 25, 2019 at the Medical Center of the Rockies in Loveland. He was born on August 8, 1934 in Kastriotissa, Fokidas, Greece to Konstantions and Maria (Papaspyrou) Lepeniotis. Paul lived in Greece until 1954 when he moved to the U.S. where he lived in Denver, Colorado and surrounding areas. Mr. Lepeniotis married Barbara A. “Barb” Snodgrass on December 26, 1961 in Denver, Colorado where they had 3 children. The family moved to Greeley in 1974. Paul was a very hard worker who came to America to be successful and help his family in Greece. He started out as a waiter at the Brown Palace and the Profile Room. He then went on to open two successful restaurants in the Denver area. In the early 1970s he and his family relocated to Greeley and purchased the Longs Peak Cafe now known as Roasty's. He happily retired in 2008 where he spent many days enjoying time with his family. . He loved Greek dancing and playing cards. One of the great joys in his life was to make sure everyone was well fed and happy. Survivors include his wife, Barbara “Barb” Lepeniotis of Greeley; 2 daughters, Debbie Golden of Denver and Mary Whitman and husband Gary of Eaton; 3 grandchildren, Ashley Arpin and husband David of Eaton, Nick Golden of Denver and Hannah Golden of Denver; 1 great grandaughter, Kendra Arpin of Eaton; 1 brother, Louie Lepeniotis of Athens, Greece; 1 sister, Koula Lepeniotis of Athens, Greece and numerous cousins, nieces and nephews. He is preceded in death by a daughter, Sandra Lepeniotis; a brother, George Lepeniotis and 2 sisters, Dena and Ponyota Lepeniotis. A funeral service to celebrate Paul’s life will be held at 12:00 p.m. on Saturday, March 2, 2019 at the Assumption of the Theotokos Metropolis Cathedral, 4610 E. Alameda Avenue in Denver. Interment will be in the Littleton Cemetery. Visitation will be from 4:00 until 6:00 p.m. on Friday, March 1st at the Moser Funeral Service Chapel, 3501 S. 11th Avenue in Evans. Memorial gifts may be made in Paul’s name to St. Jude’s Children’s Hospital. They can be sent in care of Moser Funeral Service, 3501 S. 11th Avenue, Evans, Colorado 80620.

Apostolos K. &#8220;Paul&#8221; Lepeniotis, 84 of Greeley, passed away on Monday, February 25, 2019 at the Medical Center of the Rockies in Loveland. He was born on August 8, 1934 in Kastriotissa, Fokidas, Greece to Konstantions and Maria (Papaspyrou)... View Obituary & Service Information

The family of Paul Lepeniotis created this Life Tributes page to make it easy to share your memories.

Apostolos K. “Paul” Lepeniotis, 84 of Greeley, passed away on...

Send flowers to the Lepeniotis family.