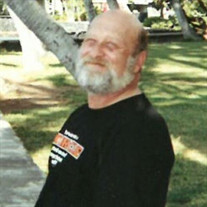 Raleigh “Rollie” Clark Newby was born in Glenwood Springs, Colorado on May 13, 1946 to Albert Walton and Margie Ann Newby of Minturn, Colorado. Two hours and eleven minutes later, his identical twin brother, Wally (Wallie) followed. With intentional family planning, four and one-half years later, his identical twin sisters, Marlene and Charlene were born. Raleigh graduated from Roaring Fork High School in 1966, where he played trumpet, French horn, and coronet in the band. He played basketball for the Roaring Fork Rams. He also portrayed Patricio in “The Taming of the Shrew”. His work life began at around 8 years old with a milk delivery route. During the summers, while in junior high and high school, he worked on local ranches. He had a short stint in the Army in 1966. He spent three years in the Eugene, Oregon area working in the electronics and timber industries. He worked in the coal mine at Mid-Continent at Redstone, Colorado. He started his lifelong career in transportation there, driving for Morrison-Knudsen. Over his lifetime, he drove many types of big rigs. He married Mary Rials of Marble, Colorado, in 1965. After his return from Oregon in 1968, he married Carolyn McGruder of Rifle, Colorado. They raised two sons, Jason and Justin. He married Bobbie Martine of Kersey, Colorado in the mid-1990’s. His interests included family, motorcycles and classic cars. He was a big sports fan, especially of the Broncos and the Rockies. He was preceded in death by his parents; his sister, Marlene; and his beloved wives, Carolyn and Vicki. He is survived by his two sons, Jason of Eaton, Colorado, and Justin of Lakewood, Colorado; five grandchildren; two great-grandchildren; his brother, Wally of Coulee City, Washington; and his sister, Charlene of Austin, Texas; in addition to many of his good friends. His life reminds us all of the importance of forgiveness, acceptance, and memory making. Unfortunately, the ravages of cigarettes took him and his beautiful blue eyes from those tasks too soon. Memorial Service, 10:00 a.m., Thursday, June 21, 2018 at the Evangelical Free Church of Eaton, 1325 3rd Street.

The family of Raleigh "Rollie" Clark Newby created this Life Tributes page to make it easy to share your memories.

Send flowers to the Newby family.