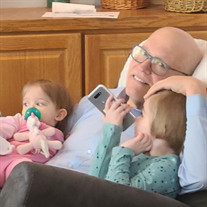 Randall S. Jacobson, 68, of Eaton, Colorado went to be with The Lord on Saturday April 16, 2022. He was born on October 24, 1953, in Holyoke, Colorado to Carroll S. Jacobson and Grace Lorene Jacobson (Andrews). He graduated from high school in Swink, Colorado in 1971. Following high school he relocated to Rocky Ford, Colorado where he developed his life-long interests in Law Enforcement, Radio, Mortuary Science, and transportation; eventually having careers in all four. He then moved to Brush Colorado where he met and later married Jane Gilstrap on August 26, 1978. In his professional life, he worked in both radio and television as a disc jockey and news anchor at stations in both Colorado and Kansas. In 1977 he attended and graduated from Colorado Law Enforcement Academy in Golden, Colorado. He worked for various departments throughout the State before moving to Weld County in 1989. It was there that he started his career as Chief of Police, serving the communities of Ault, Milliken, and Eaton, up until his retirement in 2013. Following his retirement from Law Enforcement he continued his work in the transportation industry, working various position throughout the years until his passing. During his lifetime he had various hobbies such as piloting small aircrafts and shopping for cars. He also enjoyed taking drives up to the mountains and spending time with his granddaughters. He is survived by his wife Jane Jacobson, son Mark Jacobson, daughter Jona (Neil) Sheets, granddaughters Madison, Olivia, and Makenna, his mother Grace Lorene Jacobson, sister Leslie Jacobson, brother Doug (Vicky) Jacobson, sister Debbie (David) Van Dam, sister-In-Law Jeannie (Brad) Jacobson, and numerous nieces and nephews. He was proceeded in death by his father Carroll S. Jacobson, sister Vicky Linn Jacobson, and brother Brad Jacobson. A celebration of life will be held at the Evangelical Free Church of Eaton at 1325 3rd Street, Eaton, Colorado on Friday April 29, 2022 at 10:00am. In lieu of flowers donations can be made to the Pregnancy Resource Center, 822 14th Street, Greeley, Colorado 80631.

Randall S. Jacobson, 68, of Eaton, Colorado went to be with The Lord on Saturday April 16, 2022. He was born on October 24, 1953, in Holyoke, Colorado to Carroll S. Jacobson and Grace Lorene Jacobson (Andrews). He graduated from high school... View Obituary & Service Information

The family of Randall "Randy" S. Jacobson created this Life Tributes page to make it easy to share your memories.

Send flowers to the Jacobson family.