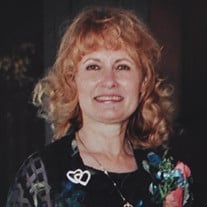 Renee Christine Block, 74 of Severance, passed away on Thursday, March 24, 2022, in Ft. Collins, Colorado. She was born to Jerome and Thelma (Klinger) Christensen on April 13, 1947, in Milwaukee, Wisconsin. Graduated High School in Yorktown, Virginia and attended Radford College in 1966 then transferred to Santa Barbara State College for one year prior to getting married. Renee married Newell Frederick Block on July 21, 1968, in Oxnard, California. They later divorced in 1997. Renee grew up in a Navy family and moved around a lot. She has lived in Virginia, Tennessee, and California. She then married into the Navy and lived in Washington state, Japan, California again, Idaho and Colorado. Renee’s most recent job was in jewelry sales at Gordon’s in Greeley. She also worked at UNC while her daughters were attending college. Many towns that her family lived in she held small jobs ranging from art gallery sales to furniture stores. Her first priority was always her daughters, so she usually worked in the school systems in which they attended for most of their formative years. She was a lifeguard in Norfolk, Virginia when she first met her husband. One of Renee’s favorite churches was First Presbyterian in Oak Harbor, Washington. She was a member there from 1985-1990 while living in Washington. Most recently she enjoyed a Cowboy Church in Lucerne, CO. Something Renee loved to do was to go country dancing. She enjoyed the people, music and dancing at the local country bars around Greeley, Colorado. Survivors include her 2 daughters, Danielle Christine (Ryan) Conover and their two sons, Seth and David all of Severance, Colorado and Gabrielle Farica (James) Burry and their three children, Michael, Shelby and Corbin all of Troutman, North Carolina; brother: Jay Christensen married to Kathryn Christensen, they live in Poulsbo, Washington. They have two daughters: Kendra Buddell married to Brian Buddell with two children: Jalen and Abbey who live in Clayton, California. Koren Jez is married to Ted Jez with two boys: Joey and Theo and live in Poulsbo, Washington. She is preceded in death by her parents, Thelma and Jerome Christensen. Renee was a very loving mother to her two daughters in which she instilled a legacy of love of family and faithfulness. She will be dearly missed. Private family services will be held at a later date.

The family of Renee Block created this Life Tributes page to make it easy to share your memories.

Renee Christine Block, 74 of Severance, passed away on Thursday,...

Send flowers to the Block family.