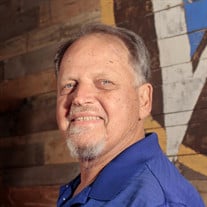 Ronald “Ron” Lee Welch, 70, of Greeley passed away on Thursday, February 1, 2018 at North Colorado Medical Center. He was born May 28, 1947 to Joseph G. & Devona L. (Henderson) Welch in North Platte, Nebraska. He graduated from North Platte High School in 1966 and went on to get an Associates Degree in Criminal Justice at the North Platte Community College. On September 1, 1968, he married Pamela Ann Telitz in Burlington, Colorado. They moved to Greeley in 1993. Ron worked for the Union Pacific Railroad for 40 years. He enjoyed hunting, traveling and being outdoors. His favorite pastime was spent on the golf course and attending his grandchildren’s various activities. He proudly served in the United States Army including a tour in Vietnam. He was an active member of Waypoints Faith Community and the leader of their recovery support group. He is survived by his wife Pamela Welch, his sons, Todd & wife Lindy Welch, Kevin & wife Deb, Casey & wife Marta Welch, a daughter, Courtney Welch, a brother, Jerry Welch, and a sister Charlotte Gengenbach, and 5 grandchildren. He was preceded in death by his parents, Joseph & Devona Welch. A funeral service to celebrate Ron’s life will be held 10:00 a.m. Monday, February 5, 2018 at Waypoints Faith Community, 614 8th Avenue, Greeley. A reception will follow at 11:30 a.m. at Zoe’s Café, 715 10th Street in Greeley. Interment 1:00 p.m. Tuesday, February 6, 2018 at Fort McPherson National Cemetery, Maxwell, Nebraska In lieu of flowers, memorial gifts may be made to Waypoints in care of Moser Funeral Service, 3501 S. 11th Avenue, Evans, CO 80620. An online guestbook and obituary are available at www.moserfuneralservice.com.

The family of Ronald Lee Welch created this Life Tributes page to make it easy to share your memories.

Send flowers to the Welch family.