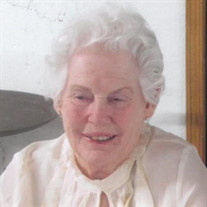 Virginia Leone, 94, 0f Greeley, passed away on Monday, September 28, 2020 at Fairacres Manor in Greeley. She was born December 30, 1925 in Chicago, Illinois to Earl & Ann (Roche) Sexauer. She received her bachelor’s degree in nursing and later went on to get her master’s degree in nursing from UNC. She served as a nurse in the Army Corp of Nurses during WWII. On January 25, 1947, she married John V. Leone in Chicago. John passed away in 2014 after 68 years of marriage. She worked at numerous hospitals and at Valley High Nursing Home, and CSU Pueblo Nursing School. She was a member of St. Mary Catholic Church in Greeley. She is survived by her sons, John, Pat, Dan, Bill, George and Rick Leone, and a daughter, Marianne, 11 grandchildren, and 10 great-grandchildren. She was preceded in death by her parents, Earl & Ann Sexauer, a sister, Florence, and brothers, Bob & Earl. Visitation will be 10:30 a.m. on Thursday, October 1, 2020 at St. Mary Catholic Church, 2222 23rd Avenue in Greeley, Colorado. A Mass of Christian Burial will follow at 11:00 a.m. also at the St. Mary Catholic Church. Interment will be Friday, October 2, 2020 at 1:00 p.m. at the Trinidad Catholic Cemetery in Trinidad Colorado.

The family of Virginia Clair Leone created this Life Tributes page to make it easy to share your memories.

Send flowers to the Leone family.