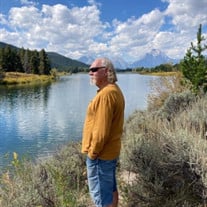 Billy “William” Roberts, 67, went to be with The Lord Saturday, November 27, 2021, due to covid complications. Billy Roberts was born to William and Renate (Raney) Roberts in Munich, Germany, February 14, 1954. He moved to Colorado in 1962. Billy graduated from Eaton High School in 1972. He married the love of his life Dee “Dolores” Pfannenstiel, June 18, 1975, in Munjor, Kansas. Billy attended church at the Evangelical Church in Eaton most recently, but seldom did he miss a chance to worship on Sundays no matter where he was. He hosted many Bible studies in his home over the years, was the bus driver for the youth group in Eaton and also worked with Awana groups in both Eaton and Windsor. Billy had a cabin in Gould that he also opened up to pastors or students for retreats. Billy served as chairman of the school board for Dayspring Christian School and was a part of the construction of the current building. Those who knew Billy knew he had a generous heart for people. Billy graduated from Aims Community College while working for Weld County as the building inspector. He later went on to co-found Colorado Inspection Agency. Billy had many great years of hard work in construction and later real estate as well. Billy enjoyed fishing, hunting, and camping. He had a great interest in classic cars and spent time over the years fixing up many jeeps, muscle cars and a favorite 1959 Corvette. Billy was a member of Corvettes West. Billy also enjoyed traveling and was blessed to spend the last few years of his retirement in a fifth wheel sightseeing this beautiful country. Billy was preceded in death by his father William Roberts. He is survived by his mother, Raney Roberts (93) of Garden Square in Greeley, his wife, Dee Roberts of Eaton, daughter, Elizabeth Heid (Jeremy) of Eaton, son, Nathan Roberts of Eaton and 5 grandchildren. Family members that will also miss him include brother, Gunther Lapple (Rosie) of Germany, sister, Chris Bagley (Steve) of Eaton, sister, Annie Hertel of Greeley, sister, Donna LaBue (Randy) of Amarillo,TX, sister, Debbie Clark (Mike) of Greeley, brother, Ralph Roberts (Terry) of Avon,CO, sister, Becky Lawhead (Larry) of Galeton and many nieces and nephews. A celebration of Billy’s life will take place 10:00 a.m. on December 18, 2021, at the Evangelical Free Church in Eaton. A luncheon will follow. In lieu of flowers the family asks that donations be made in Billy’s name to the youth fund at the Evangelical Free church or the Resource Center since he had such a heart for these ministries. An online guestbook and obituary are available at www.moserfuneralservice.com.

The family of William Robert Roberts created this Life Tributes page to make it easy to share your memories.

Send flowers to the Roberts family.