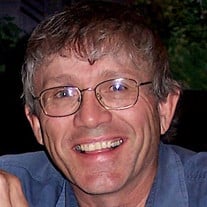 Donald Lavern Hazlett, 69, of Pierce, Colorado, beloved husband, father, and grandfather, passed away peacefully at home on the morning of January 5, 2019. Don was born on September 3, 1949 in Pueblo, Colorado to Charles and Else (Stjernholm) Hazlett. Although, if you asked him, he might say he was born in a magpie’s nest by the Apishapa River. He grew up on a farm outside of Fowler, CO and cherished his early memories of farm life. Don enjoyed chasing stray steers with his dad, feeding pigs with his brother Chuck, collecting cotton from cottonwood trees with his sister Marilyn, and eating his mom’s Danish pastries. He had vivid memories of sharing farm life with his “city” cousins when they visited from Pueblo. He was particularly drawn to the native prairie land located “above the ditch” toward the west of the farm. He was attracted to the uncultivated land and it was here that his appreciation for native plants began. Don graduated from Fowler High School in 1967. He then attended Augustana College, majoring in biology. In college, he learned guitar and began a lifelong love of folk and country western music. He later went on to receive his Master’s degree in botany from South Dakota State University. He served in the Peace Corps from 1970-1975 in Honduras, working at the forestry school and botanical gardens. As a young man that grew up in prairie country, he felt he was in heaven when he saw the vast amounts of plant species in the tropics. He was passionate about learning as much as he could but always felt there were “so many plants, and so little time.” During his time in the Peace Corps, he led the construction of the herbarium at the forestry school. It was during these years that he met his wife, the prettiest and most exotic flower he ever found, Marta Esperanza. They were married on December 27, 1973. Don continued studying tropical plants in Central America and had their first child, Randia Esperanza, while living in the Lancetilla Botanical Gardens. He would later write a book on the history of these gardens as well as the ethnobotany surrounding them. He received his doctorate from University of Washington in forestry ecology. Their son, Eric Lavern, was born in 1982 while Don worked at a research station in Costa Rica. It was during his time in Central America that he discovered two new plant species, one which was later named after him: Haptanthus hazlettii. Don and Marta moved back to Don’s native Colorado to raise their two children. Don was an ethnobotanist and naturalist. Don lived and worked on a research station on the Pawnee Grasslands and later ran his own business, New World Plants and People, providing consultative and education services. He worked as a consultant for the forest service as an expert on the plants of the western grasslands. He compiled the flora of the Pawnee, Kiowa, and Rita Blanca National Grasslands. He had a passion for sharing his understanding of plants, animals, lore, and the charisma associated with his semi-arid homeland. Whether while giving tours of the grasslands, selling native plants at the Farmer’s Market, or entertaining frequent guests in his backyard, Don was always ready and eager to share a plant-related story or joke. He enjoyed traveling to conferences for the Society for Economic Botany and the Society of Ethnobiology. He was a member of the Colorado Native Plant Society and was one of the early presidents of the society when newsletters were still typed, copied, and stuffed into envelopes to be mailed to the members. He received a Lifetime Achievement Award from the Colorado Native Plant Society. He loved making people laugh and was a kid at heart. He was always ready with a joke. One of his favorite sayings was “Growing old is mandatory, Growing up is optional.” It was this youthful take on life that made him so adored by many, but especially by his grandchildren. Don spent countless hours keeping score of the Rockies games, organizing baseball cards, painting gourds, and playing guitar with his grandchildren. Don is survived by his wife of 45 years, Marta Hazlett; his daughter Randia Morrow (Cody), his son Eric Hazlett (Emily); his brother Charles Hazlett (Kaona); his grandchildren Caleb Morrow, Wyatt Morrow, Jack Hazlett, and Elizabeth Hazlett as well as many cousins and an extended network of family and friends. He was preceded in death by his father, Charles Lavern Hazlett; his mother, Else Stjernholm; and his sister, Marilyn Ruth Hazlett; and an infant brother that died at childbirth. He will be buried near his homeland at the Fowler cemetery. A funeral service to celebrate Don's life will be held at 11:00 a.m. on Wednesday, January 9, 2019 at the Immanuel Lutheran Church, 1865 14th Avenue in Greeley. Graveside services will be held at 1:00 p.m. on Thursday, January 10th at the Fowler Cemetery in Fowler, Colorado. A private family visitation will be held. Memorial contributions can be made to the Marr Fund at the Colorado Native Plant Society which supports research on the biology of Colorado native plants and plant communities. CONPS P.O. Box 200 Ft. Collins, CO 80522

Donald Lavern Hazlett, 69, of Pierce, Colorado, beloved husband, father, and grandfather, passed away peacefully at home on the morning of January 5, 2019. Don was born on September 3, 1949 in Pueblo, Colorado to Charles and Else (Stjernholm)... View Obituary & Service Information

The family of Don Hazlett created this Life Tributes page to make it easy to share your memories.

Send flowers to the Hazlett family.